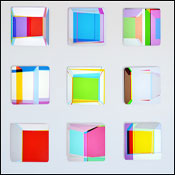 National Deadline: September 15, 2014 - Miami University announces it's 2015 Young Painters Competition for the $10,000 William and Dorothy Yeck Purchase Award. Young Painters, U.S. residents, ages 25-35 are invited to participate. Entrants should have achieved a significant degree of success as an emerging artist of noteworthy talent. The winner will also become part of the Miami University Best Young Painters of the Twenty-First Century Collection.

JUROR - Franklin Sirmans
Mr. Sirmans is the Terri and Michael Smooke Department Head and Curator of Contemporary Art at the Los Angeles County Museum of Art and the artistic director of Prospect.3 New Orleans, opening in October 2014. Sirmans was the Curator of Modern and Contemporary Art at the Menil Collection, Houston, Texas, from 2006–2010. Prior to 2006, Sirmans held editorial positions at Dia Center for the Arts, Flash Art Magazine, Art AsiaPacific and was a Curatorial Advisor at PS1/MoMA.

AWARDS
Through the generous gift from William and Dorothy Yeck of Dayton, Ohio, the competition winner will be awarded $10,000. The winner will also become part of the Miami University Best Young Painters of the Twenty-First Century Collection.