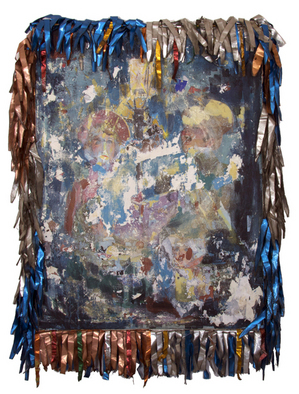 At The Nightingale Gallery last night I saw something that I have been waiting to see for a long time, a
one person show featuring Celeste Neuhaus. Celeste is, if you don't
already know, an artist that is wholly in touch with her experience and
lives her life honestly to that end. This show, which also has a few
video pieces, features a collection of paintings, assemblages, and
collages all of which we will just consider objects. I have known
Celeste for over 12 years now and she never ceases to amaze me, whether
that being her as a person, or in terms of her artwork.


The work within this show has obviously changed over time. They seem to have been labored over, possibly having been completed dozens of
times before settlin 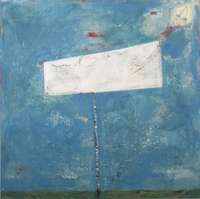 g within its current state. This is seen most on the
surface quality of Celeste's objects, these are reminiscent of
something that has been weathered. The work in this show seems to have
been found in a basement somewhere long forgotten. The streamers, flags,
trophy plaques and a paper targets all begin to tell a story; but as we
fill in the details we do so with our experiences. When one looks at
these objects we are immediately transported into your own memories. Her
arrangements of found materials can only be described as uncanny, as
she forces us to grope within our conscience and link memories of a
birthday party, with death or loss in general.


All that being said, there is a great loss we all now have to deal with, and that is of Celeste Neuhaus
herself. In August Celeste will be moving to Albuquerque to follow her
path, teach, learn and live. I would like to take this opportunity to
say I wish you all the luck in the world, and my life will not be the
same without the possibility of running into you wherever I go.


Celeste's show at The Nightingale is only up for a week but you can catch it Mon - Fri this week from 5pm-9pm at 1084 N Milwaukee Ave. There
will also be a closing reception Saturday July 17 from 3pm to 8pm. 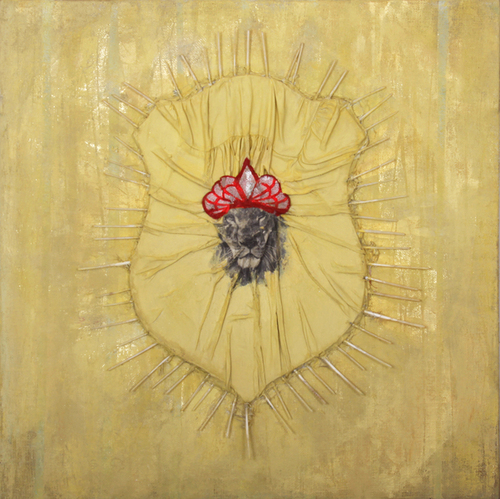